The state of Egypt’s urban areas and developments can be characterised by contradictions. On the one hand, new developments and roughly 15 new cities all over Egypt – and a new administrative capital in the Greater Cairo region – are being constructed with a strong influence from the private sector while the state is controlling a bigger share in the real estate market than ever. On the other hand, older cities are in desperate need of urban interventions, with many of Egypt’s neighbourhoods deteriorating or even having been informally built over the past decades.

The responsibility and management of the Egyptian urban development process is scattered across various administrative levels and departments within the government and the municipalities. Additionally, local authorities lack resources and capacities, especially in the decision-making phase.

All of these issues are common across most Egyptian cities. Implementation of the SDGs could help guide the overall development process. The Egyptian government has already committed to the SDGs in their Vision 2030 Agenda. However, local municipalities are still far away from understanding the SDGs, let alone including them in planning processes.

Localising SDGs: The “SDG Self-Assessment” as an Evaluation Tool

GIZ Egypt, in partnership with the Ministry of Housing and the Informal Settlements Development Fund – ISDF, organised two separate workshops: first within the project ‘Implementation of New Urban Agenda’ (2017), and second through a fund from the German Federal Ministry for Economic Cooperation and Development dedicated to accelerating action and partnerships on the 2030 Agenda which was implemented by GIZ Egypt in cooperation with TU Berlin/Urban development department, Campus El Gouna.

The workshops were attended by participants from a wide range of stakeholder groups representing a total of eleven cities. The participants first received a brief introduction about the SDGs. This was followed by an exercise on localising the SDGs which was conducted with the help of the SDG self-assessment, representing all of the 17 SDGs. They had been restructured in a way that follows the four sustainability dimensions as defined in the Circle of Social Life approach: ecology, economics, politics and culture. Out of the total 169 SDG targets, 66 were selected as particularly relevant for urban development.

With the help of the self-assessment, each group assessed their city in terms of its level of achievement in relation to relevant SDG targets. After fruitful discussions, each group presented their analysis along with a sort analysis on main strengths and weaknesses. They then allocated priority issues and their relation to the SDG targets on the city map. In addition, the participants identified the stakeholders related to each issue as well as defining the different levels of influence and interests of each stakeholder. In a concluding session, commonalities and differences between the cities were highlighted.

As a part of the World Urban Campaign activities to promote the SDGs and the New Urban Agenda (NUA), a three-day event with workshops, lectures and roundtables successfully contributed towards addressing the current urban challenges in the Middle East and North Africa (MENA) region. Participants discussed how the SDGs and the NUA can contribute to solving issues such as informal urbanism and housing, climate change, refugees, and transnational migration. Organised by Technical University of Berlin’s Urban Development department (Campus El Gouna), Deutsche Gesellschaft für Internationale Zusammenarbeit (GIZ) and UN-Habitat, a wide range of participants took part representing international cooperation, academia, local municipalities and civil society organisations from several countries, including Jordan, Lebanon, Tunisia, Iraq, Morocco, and Palestine. Their diverse backgrounds and experiences enriched the discussions.

As part of this process, GIZ Egypt organised two additional following the City WORKS approach to foster capacities on localising the SDGs at the municipal level in Egypt. Over 50 people representing eight cities participated. The main objective was to provide insights and support regarding urban challenges while also taking into consideration the obstacles that local governance faces when implementing the SDGs and the NUA at local level.

The workshops resulted in a set of recommendations for:

Watch our short video about the City WORKS trainings and hear directly from a few participants: 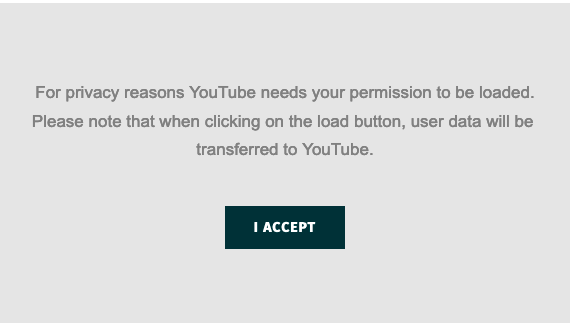 Overall, those events guided the participants on how to set indicators while planning and managing integrative and inclusive measures, as well as on how to monitor achievements against these indicators on the local level that is guided by the SDGs. The participants got introduced to different tools that help them as decision makers, planners, and practitioners to detect challenges. This way, they can build comprehensive and multi-sectoral plans to enhance living conditions while also ensuring an effective sustainability monitoring.

Some participants declared that the SDGs can be used as future reference points for conducting evaluation, monitoring, and follow-up processes. One of the main outcomes of these workshops is that the participants had the chance to share their knowledge and experiences and learn from their peers from other cities. As a result, some cities started to revise their ongoing master plans according to the SDGs. In addition, participants kept in contact with each other to exchange viewpoints on common issues. However, without political will, it might be very difficult to implement the SDGs on the local level.

The Text was written by Hassan Elmouelhi and Martin Meyer and originally published on URBANET.

This city used the following tools: